This week the great biking adventure of 2021 continued.  It was really, really nice in the beginning of the week.  It hit 70 degrees on Tuesday!

Monday, 3/29/21, found us on a new spot on the Ohio & Erie Canal Towpath Trail.  We had a short ride because we got stuck in a little traffic jam on Route 30 and had to change our plans so we could get at least an hour in before dark.  Here's where we started -- it's by one of our favorite simple magnet fishing spots. 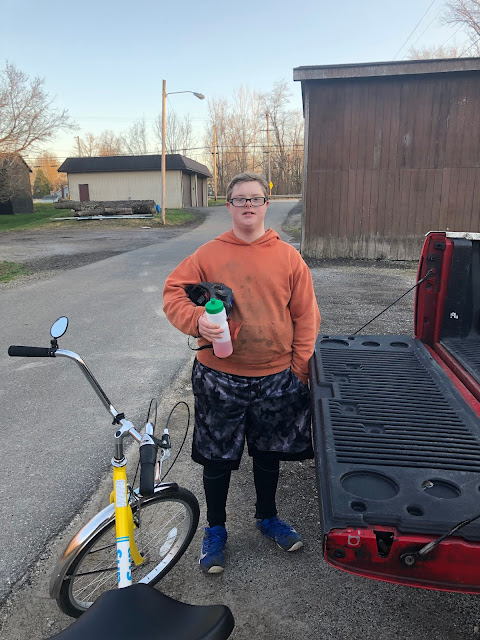 I realized that he wore his ratty garage sweatshirt because he broke the zipper pull on his Christmas bike jacket.  Dang it.  It's going to be hard for me to repair.  It will require a lot of patience.
We rode a smidge under four miles from Wooster Street in Navarre to the Craig Pittman Park in Navarre.  This was taken near the Craig Pittman Park. 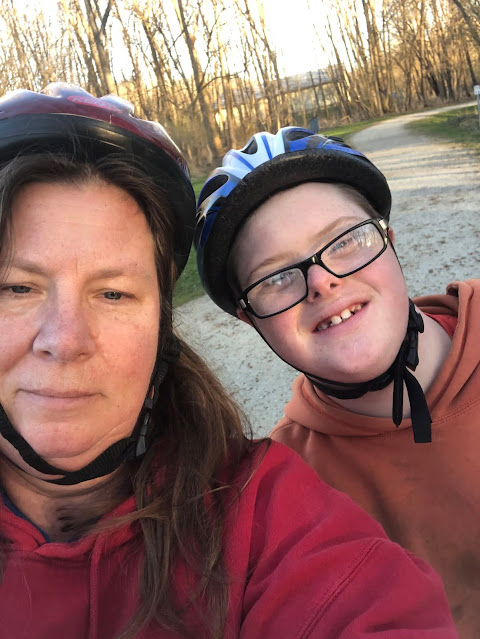 Here's a map of the Ohio & Erie Path which we hope to finish in 2021.  The areas we have completed are marked in red and dated along the path.  Luckily I have taken photos on each part of the trip so that I can find the date if I forgot to log it.  Owen likes to show his virtual teacher our bike path progress. 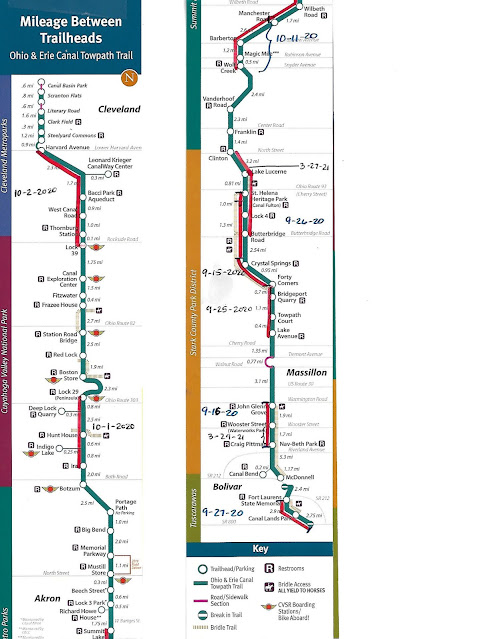 I'm a little nervous about the top portion of the map.  I think it goes along major roads in Cleveland.  We may need to skip that one due to safety issues.
On Tuesday, 3/30, we completed the section from Clinton then north to Vanderhoof Road.  The plan was to go to Wolf Creek, but there was a huge hill right before Vanderhoof Road and we decided to turn around.  Now we know where to start next time.  This was an 8 mile ride.  8 of 28.5 complete for 2021. 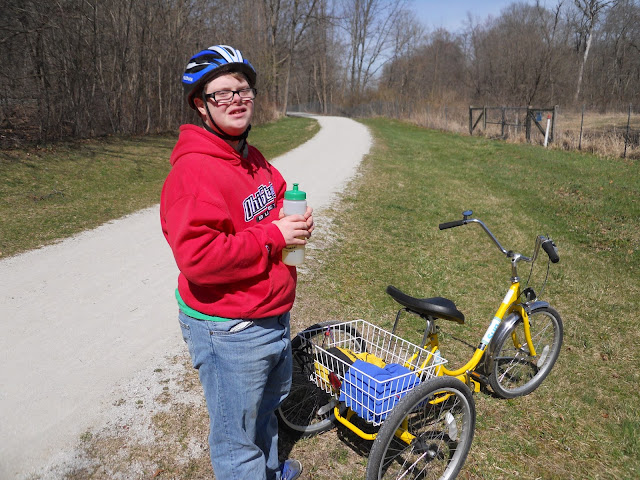 It was 70 degrees!  I could feel the sun and see a little tan on my arms after our ride. 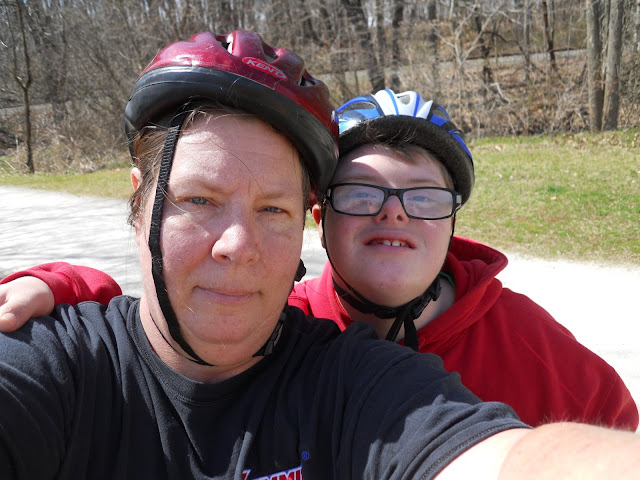 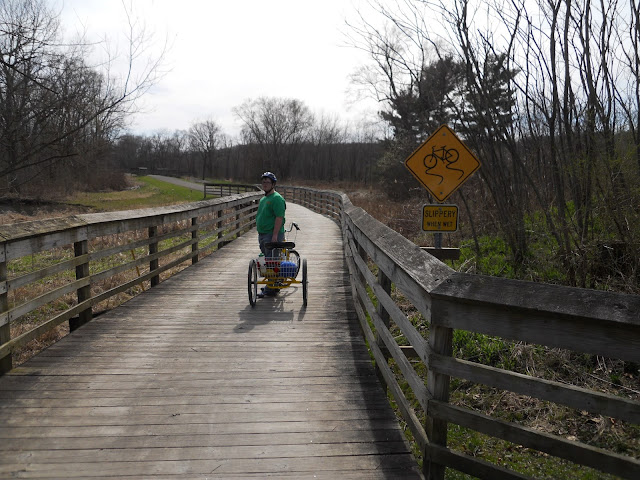 Email ThisBlogThis!Share to TwitterShare to FacebookShare to Pinterest
Labels: #Thegreatbikeadventure2021

Great photos,Kathy and what a fun adventure ya'll are having.

How fun to bike in different places. Jacket zippers are such a booger to fix or replace. Did the slider come off or just the pull tab?

Hello
We are professional traders, earning on forex and binary for investors weekly, will love to tell you all more about our investment platform where you can invest funds as little as $200 and start earning $2500 weekly, alot of people has benefited from this investment offer before and during this convid-19 virus, if you passing through financial difficulties due to this coronavirus and you need help paying bills simply choose a suitable investment plan for yourself and start making profit weekly