Four new AMERAUCANA chicks have found their way into my coop.  This time I am trying things a little differently.  I am starting them out in the brooder part of my coop.


My brooder is a 4' x 4' area that is sectioned off.  There is a hole between the brooder and the main part of the coop, but it is blocked off with a thick wire screen.  The chickens and chicks can see each other, but they cannot get to each other.


I do have my heat lamp on the brooder side of the coop.  It seems to be secure as to not catch it on fire.  Fire is my biggest fear right now (well, and pasty butt.)  I'm working 40 hours this week and four days next week, so I don't have as much time to monitor pasty butt like I had in the past when the chicks were in my kitchen.


I only got four AMERAUCANA chicks.  They are from Rural King Ohio in Wooster.  A friend picked them up for me yesterday.  She got some too.  When I looked in the box there was one chick that just stuck out to me.  I loved its color and the little two-toned beak that it had.  When I put it in the coop I realized that it had pasty butt. :( 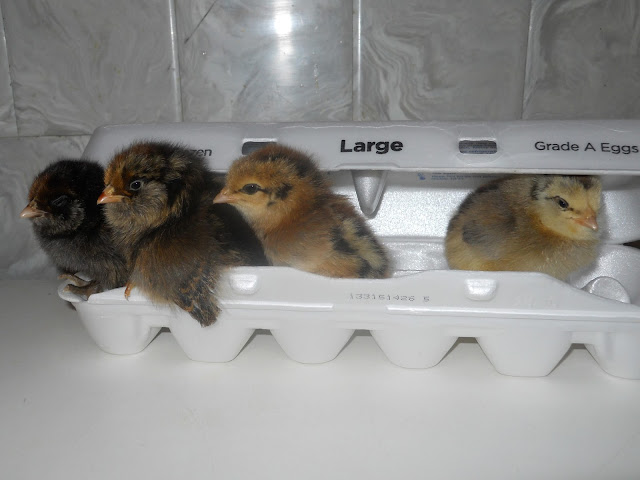