Every once in a while it just happens... you're going through the blogs you follow and BAM -- You see something you just have to make RIGHT NOW!  Today I was reading Kim's Blog called My Go-Go Life and she showed an adorable paper-pieced bra.  Kim posted that the pattern was free at Paper Panache.  I printed it out right away and thought I would add it to my to-do pile.  Then I went further in the post and Kim showed a paper-pieced shirt quilt that was just adorable.

Then... down a little bit more she showed another free pattern and tutorial for panties by Penny from Sew Take A Hike.   That link is from earlier this week.  You can see it here.  Penny, those panties were so cute I just had to make them right then so I could have some myself.  I made mine just a little different.  I was able to use my Accuquilt Drunkard's Path die to cut the pieces!  BONUS!!!  It takes a little strategic folding, but aren't they adorable? 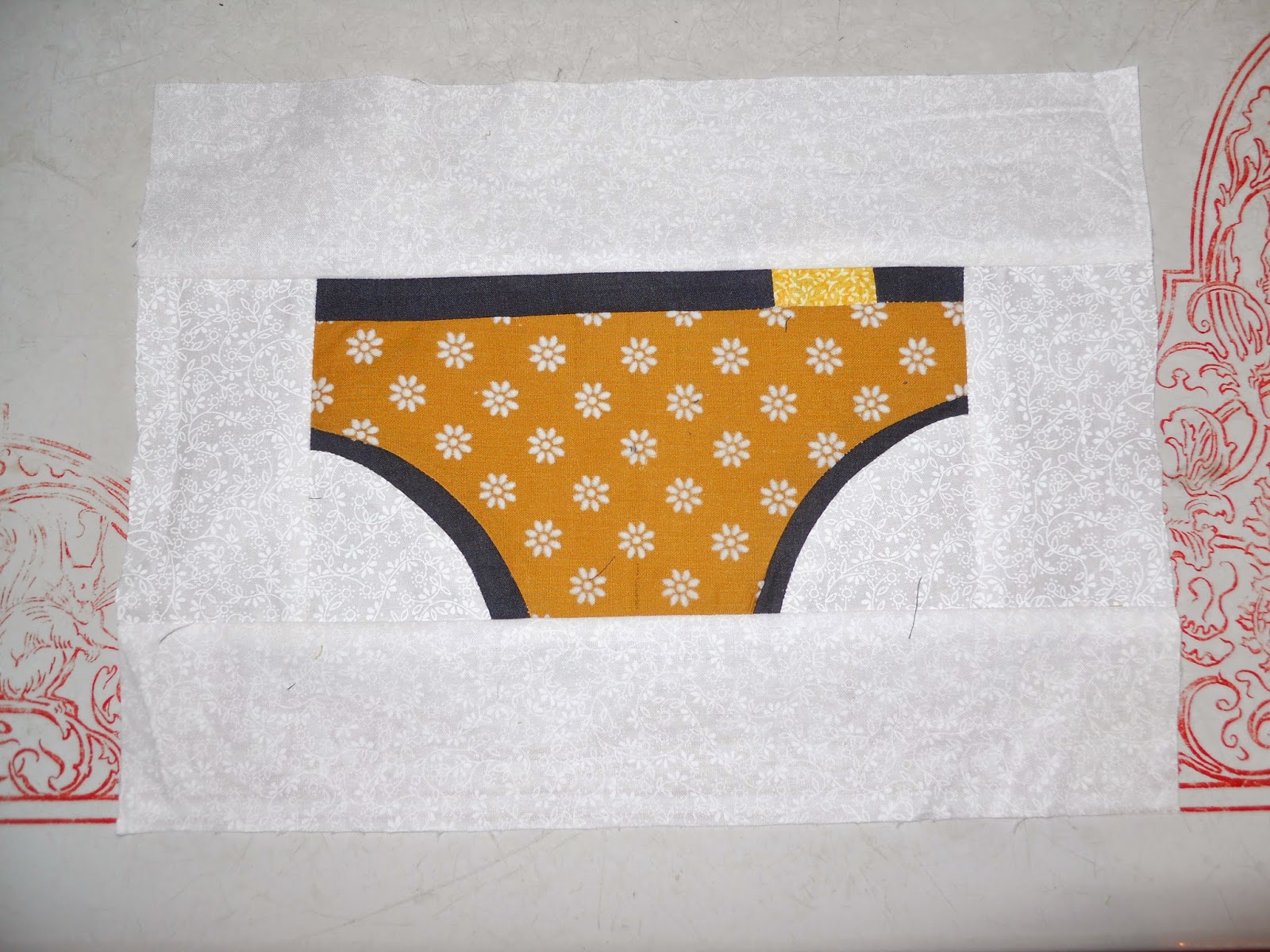 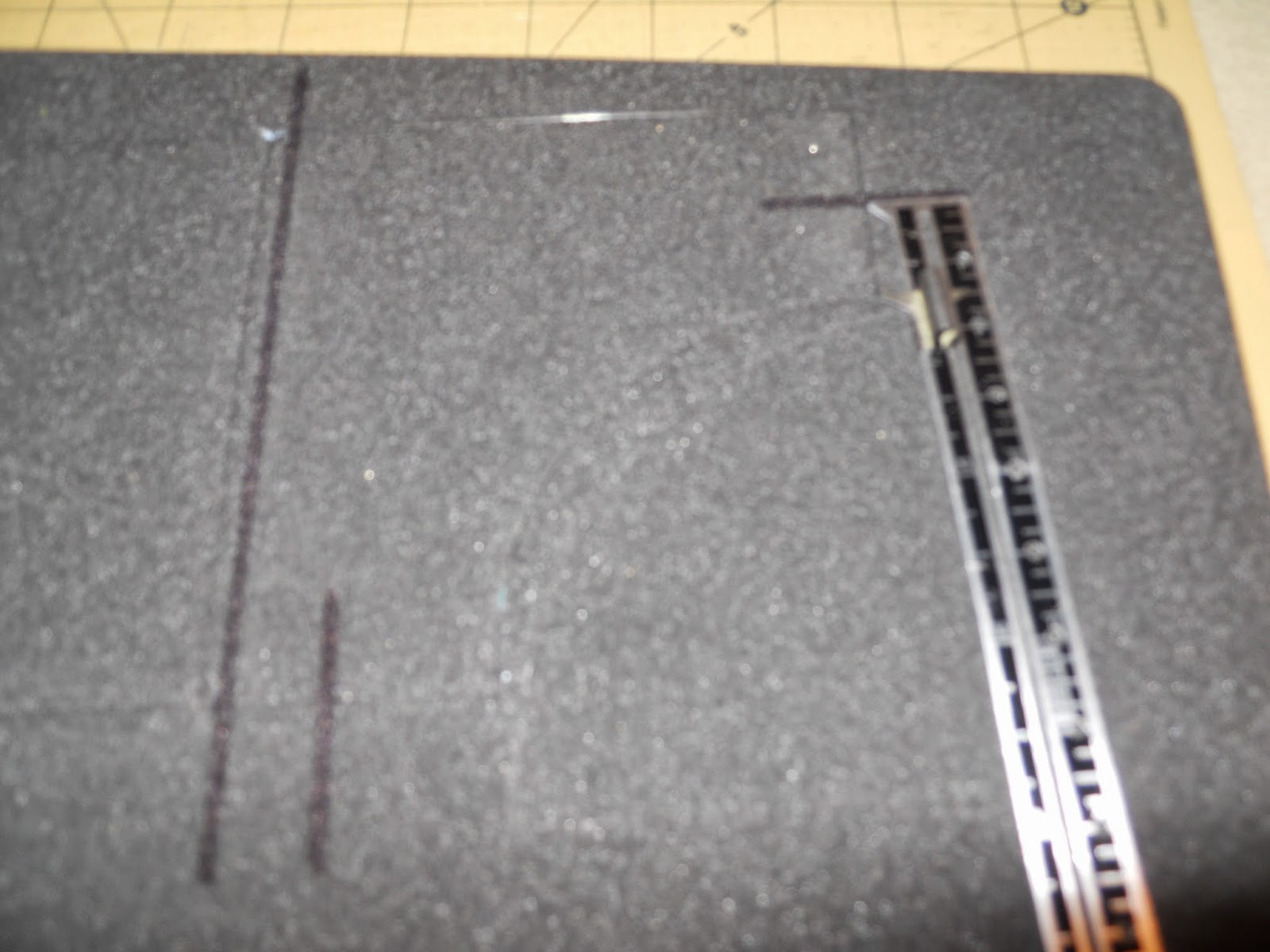 The line close to the center of the die is about 1/4" shy of where the cut would be.  The line marked above the curve on the two edges is 3/4" from the curve.  For two pair of coordinating underwear I started with two pieces of fabric that were roughly 6" x 11".  I folded it in half so that the large piece would not get cut by the die down the center and be all one piece.  I lined it up with the mark I made with the sharpie near the center of the die.
I then sewed the opposite pie pieces to the main part of the underwear. After these were sewn I wadded my panties up in a bunch (literally)!  I folded the sewn piece in half and then folded the edges so that they would not be cut by the die and hit it with my iron.  The pin that shows through in this photo is only there so that I could take a picture.  I wouldn't suggest running pinned fabric through with your Accuquilt die. 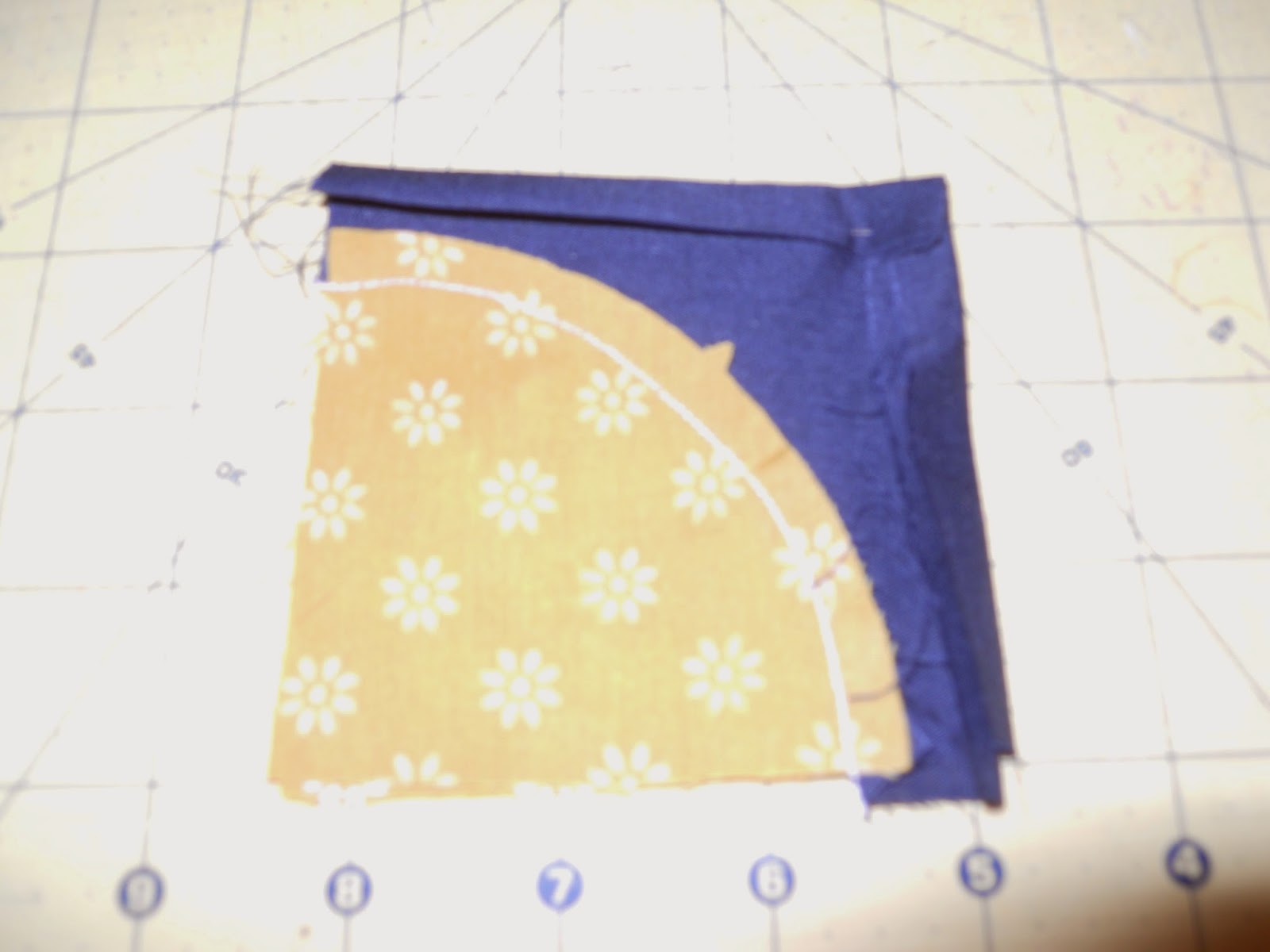 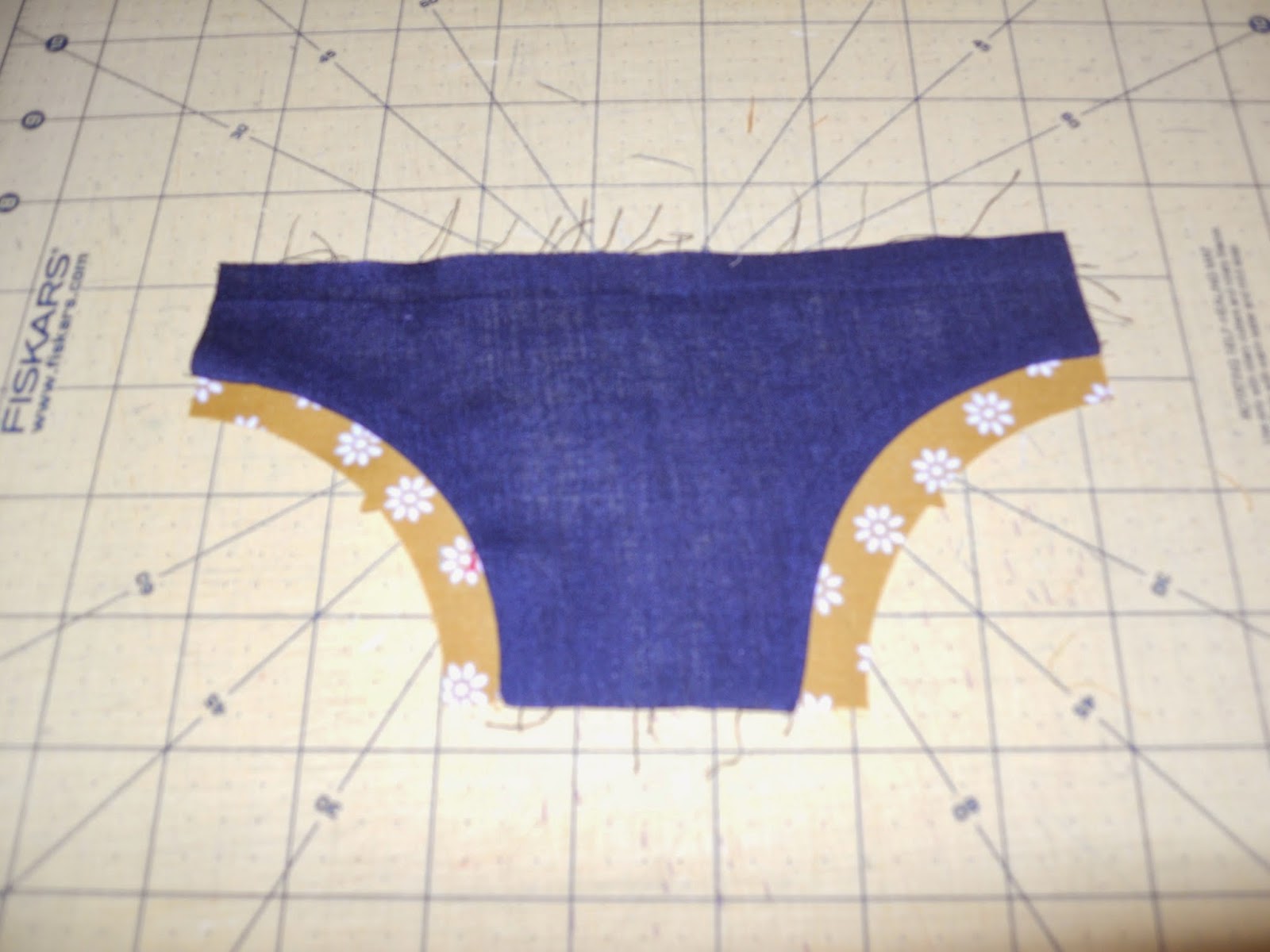 Next I made a waistband.  I added a little piece of yellow to make it different.  My waistband is 1" wide.  The little tag piece is 1.5" long and the last part of the waistband 1.5" long. 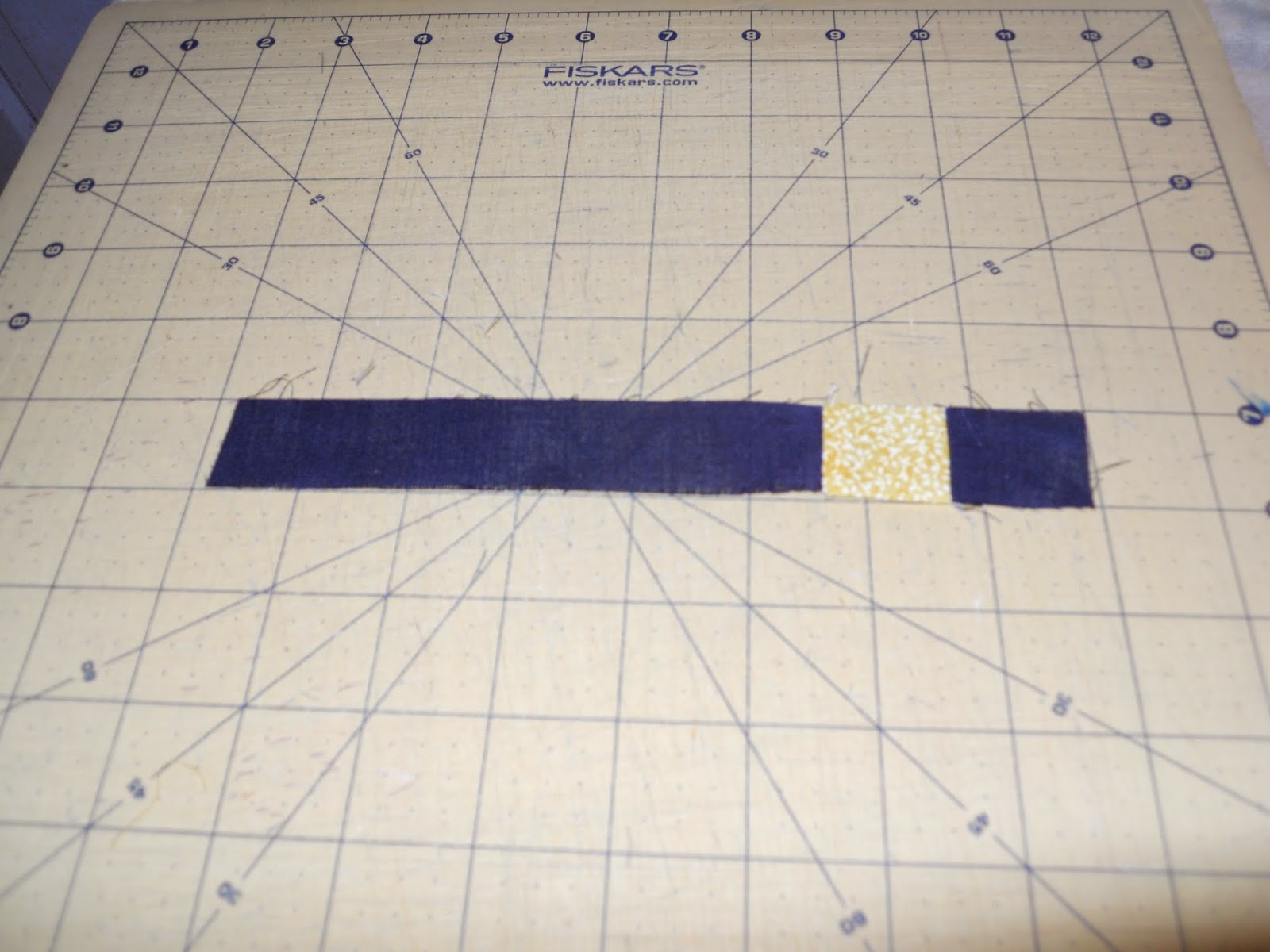 I attached it to the underpants. 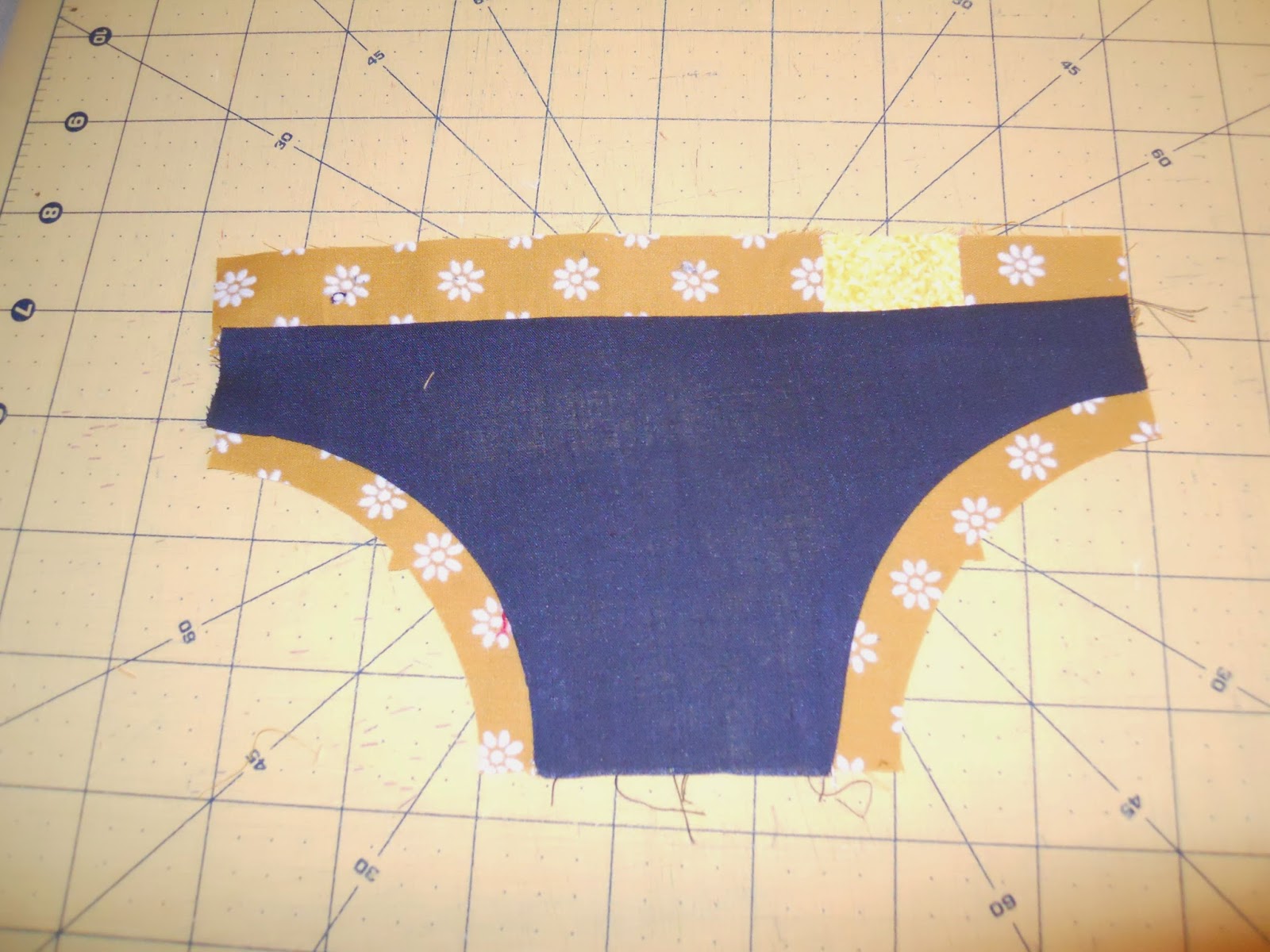 Next I sewed on two pieces of standard die cut pie pieces from the Drunkard's Path die.  (No photo.)
I added 2.5" strips all around.  Whohoo!  Underpants! 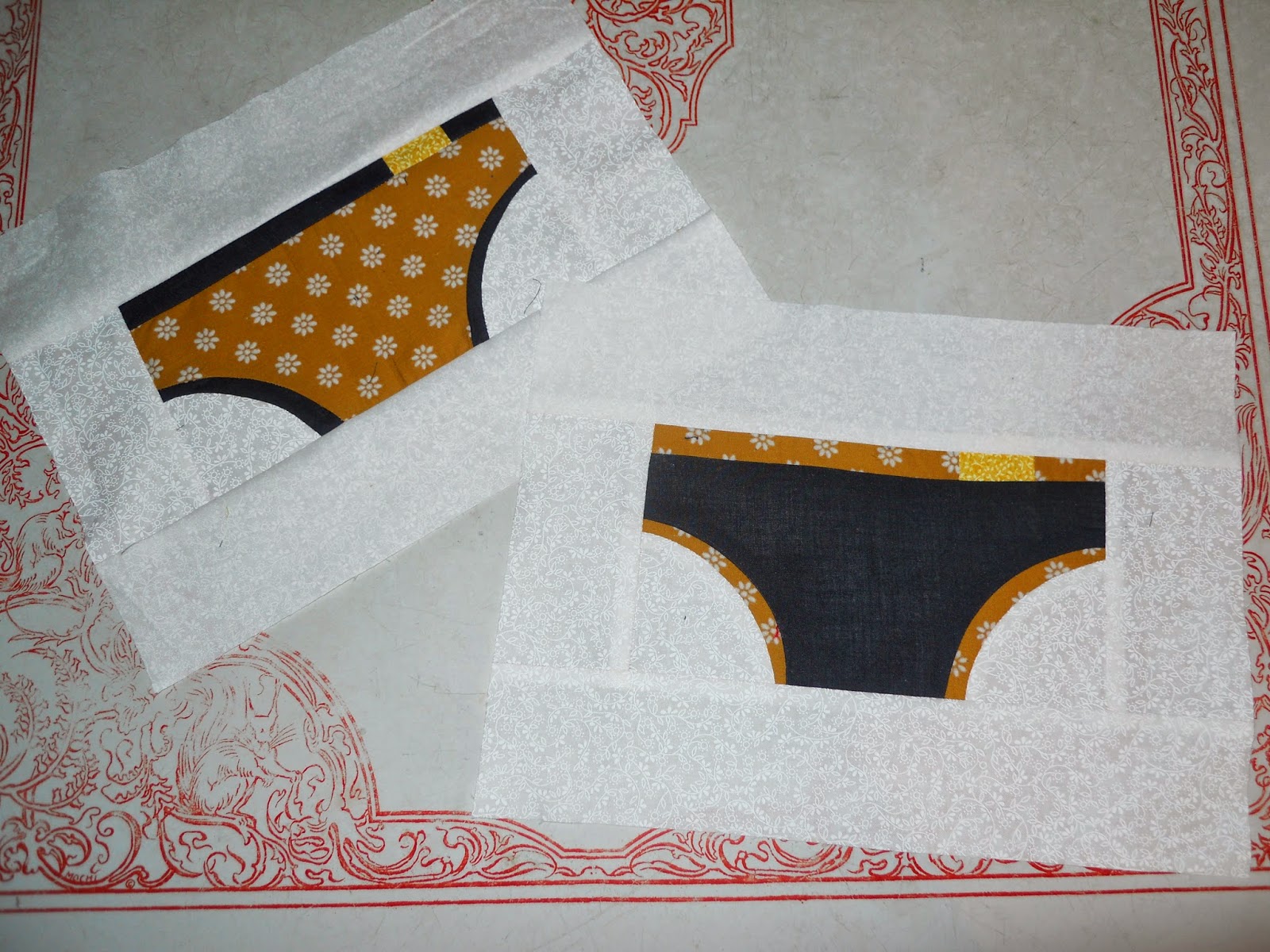 Those are some real nice "Scooby Doos"!!

Thanks for the laugh! Those are super cool! XO