This weekend we went on a little road trip a little over an hour away to get some Craigslist chicks.  I wasn't getting very good communication via text with the Craigslist seller.  When I finally called I realized that the ad was placed by a 15 year old boy.  He was on vacation.  His grandma was taking care of his chickens for him.  It's cool that he loved his school project last spring so much that he brought home the school incubator and hatched different breeds of chickens over the summer for sale to make money to buy a car when he turned 16.  His grandmother said the they had Orpingtons and Grey Speckled Wyandottes.  I really don't think by the coloring that these are those breeds.  I think they are barnyard mix.  The mom of the 15-year old supposedly sexed the chicks.  We'll see in a few months if I got mostly hens.

Here's some pictures of the next generation.  I got 25 chicks in all.  They were only $1 each! 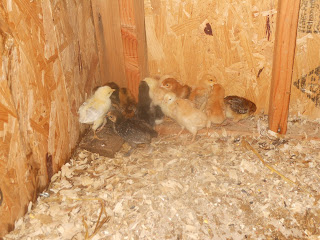 I know this is quite picture heavy, but I need some place to load all these pictures to see what the chicks looked like (by coloring) to see what adult birds I get. 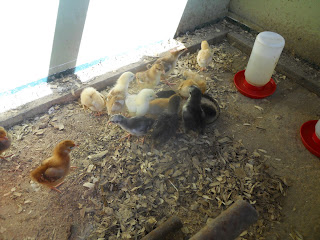 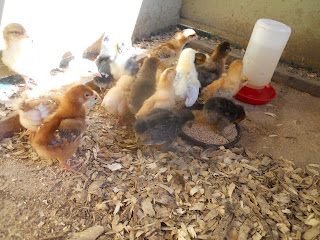 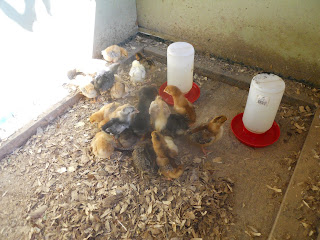 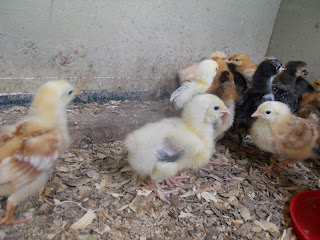 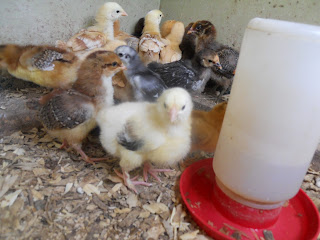 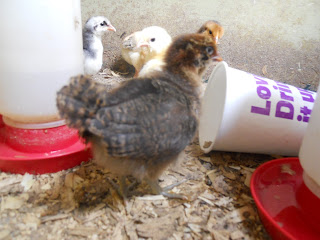 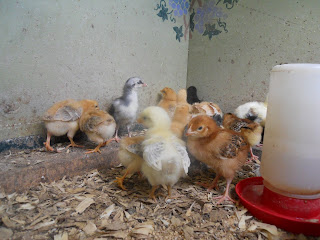 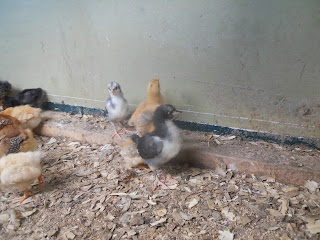 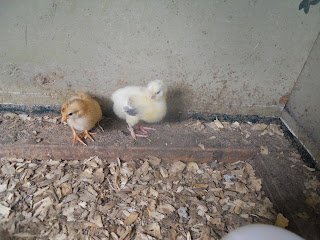 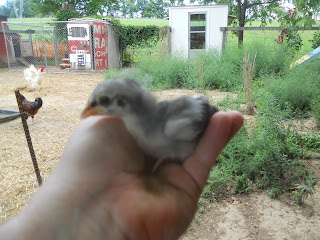 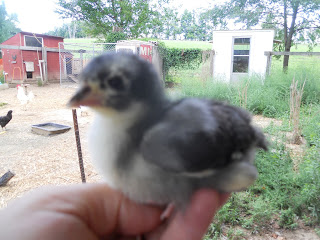 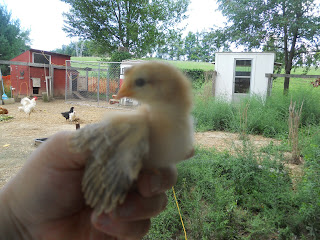 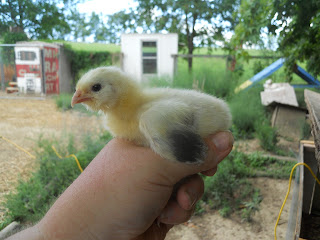 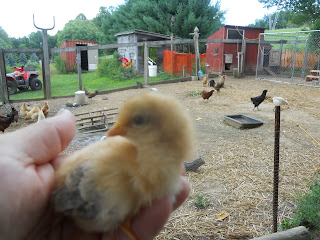 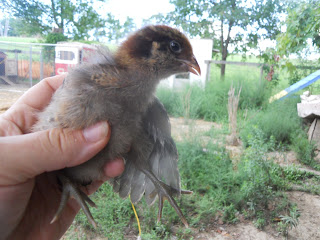 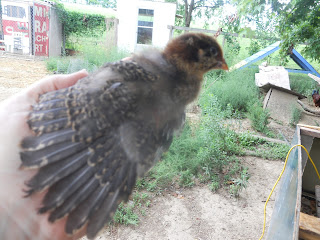 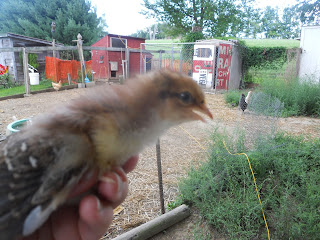 I think the two light colored chicks in this picture are the Orpingtons? 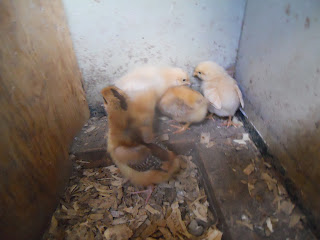 Good luck with this batch. They are awfully cute.

So far so good! They are very lively and flying already.