This holiday weekend was pretty exciting.  I got CHICKENS!!!  I'm very excited about them.

Here they are in their new home.  The younger six chickens are probably about a month apart from each other are in the dog kennel and have their own run (2 from a friend, 4 I raised as chicks).  The rest of the chickens get to old garden and the other half of the coop.  Eventually I will fence in a small area still in the garden so that I can plant some tomatoes, peppers and such.  I know I'll need a little fence so that the flock doesn't get it.  I'll put that up sometime this week. 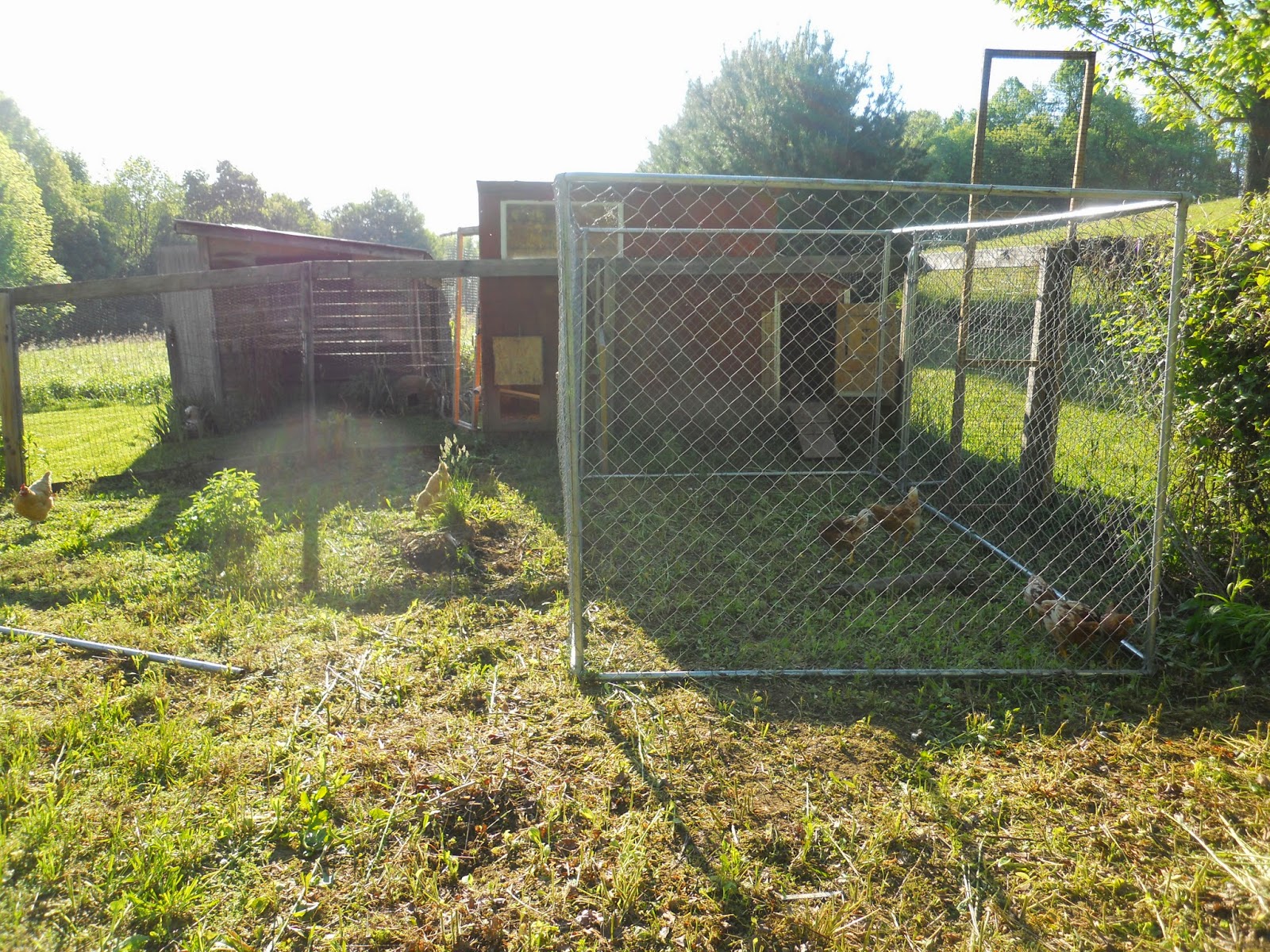 Owen was really excited to come out with me to care for the chickens.  Hence the pajamas. 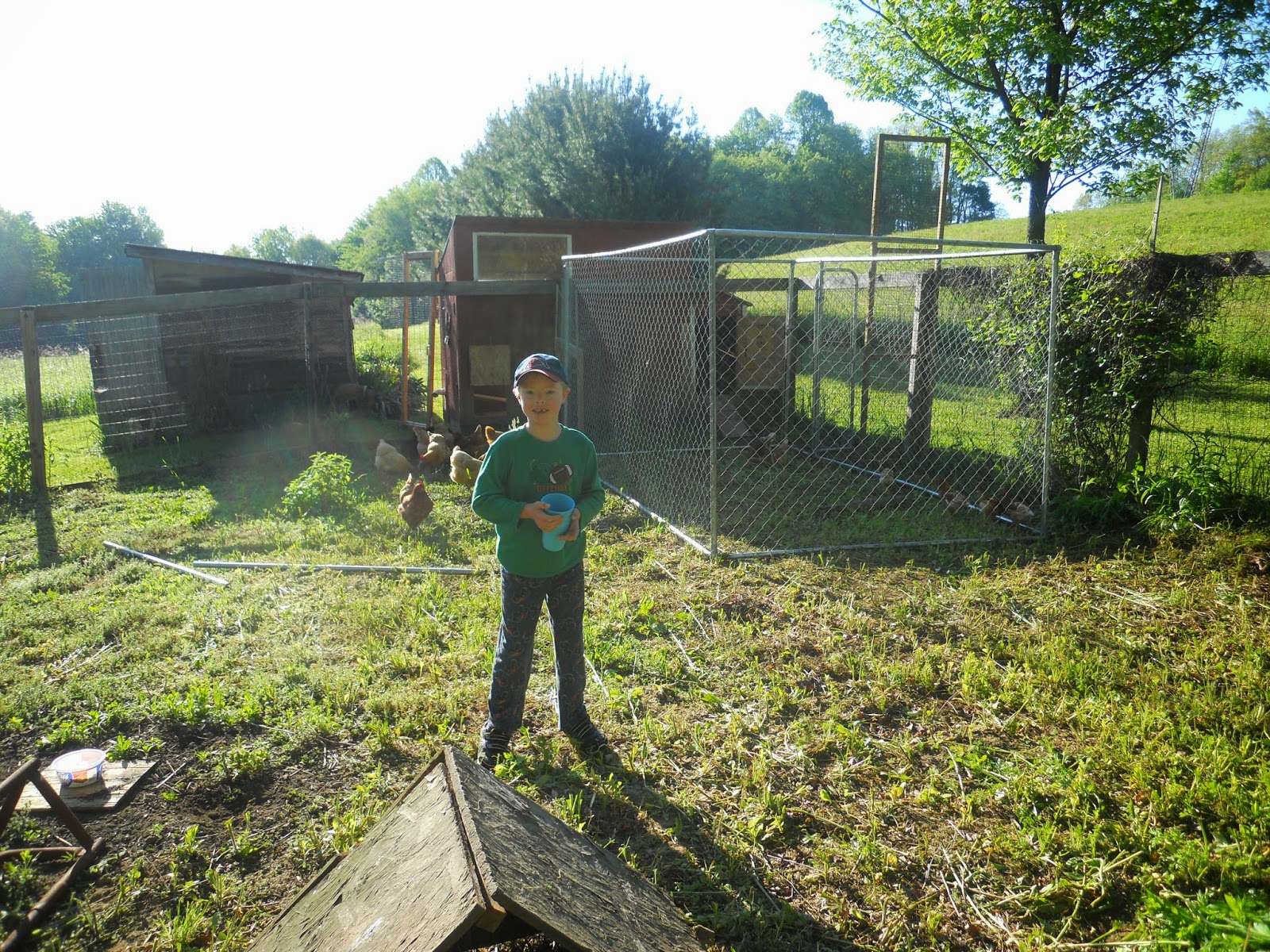 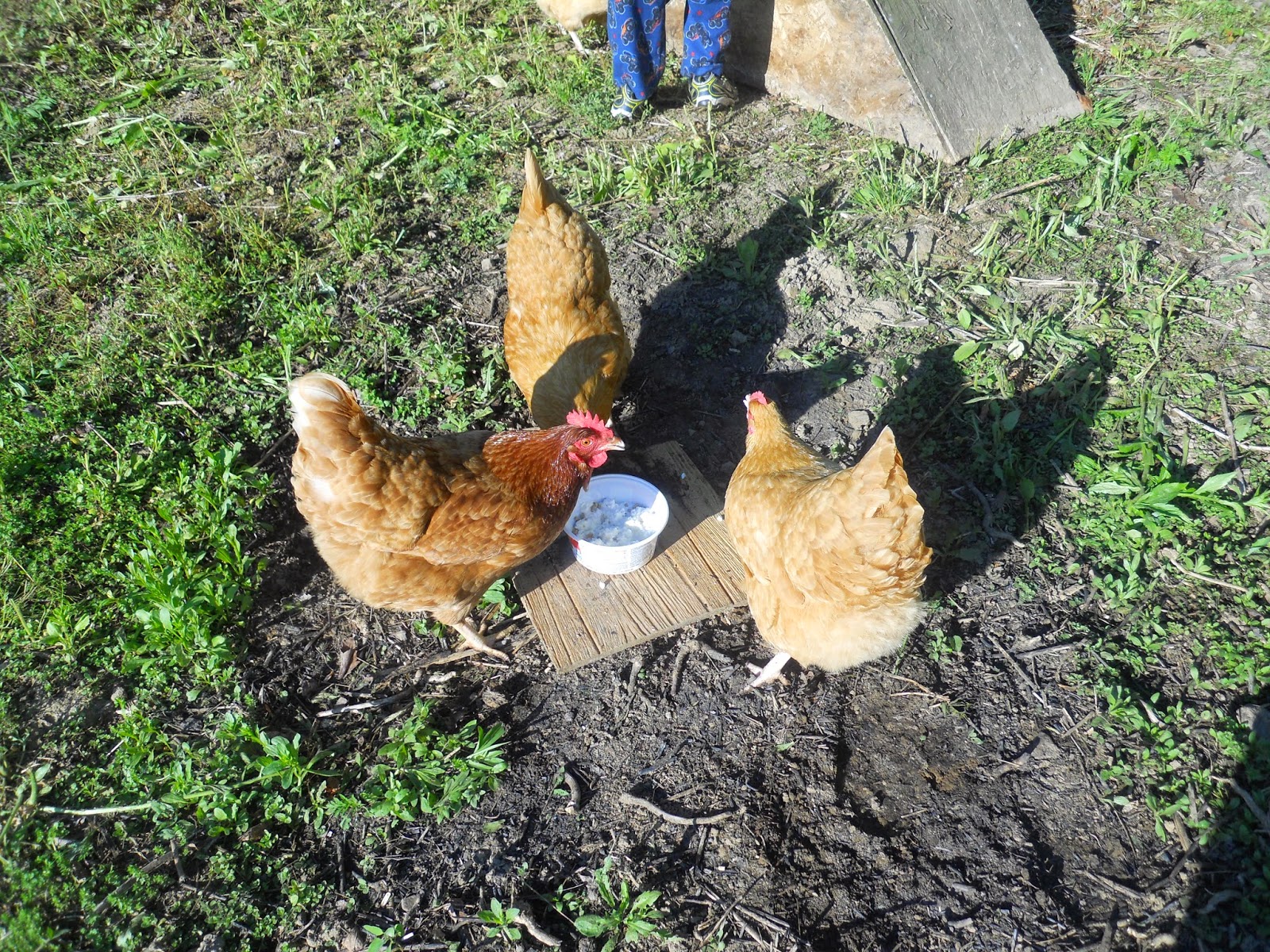 Guess the cottage cheese was a hit.  The rest wanted some too. 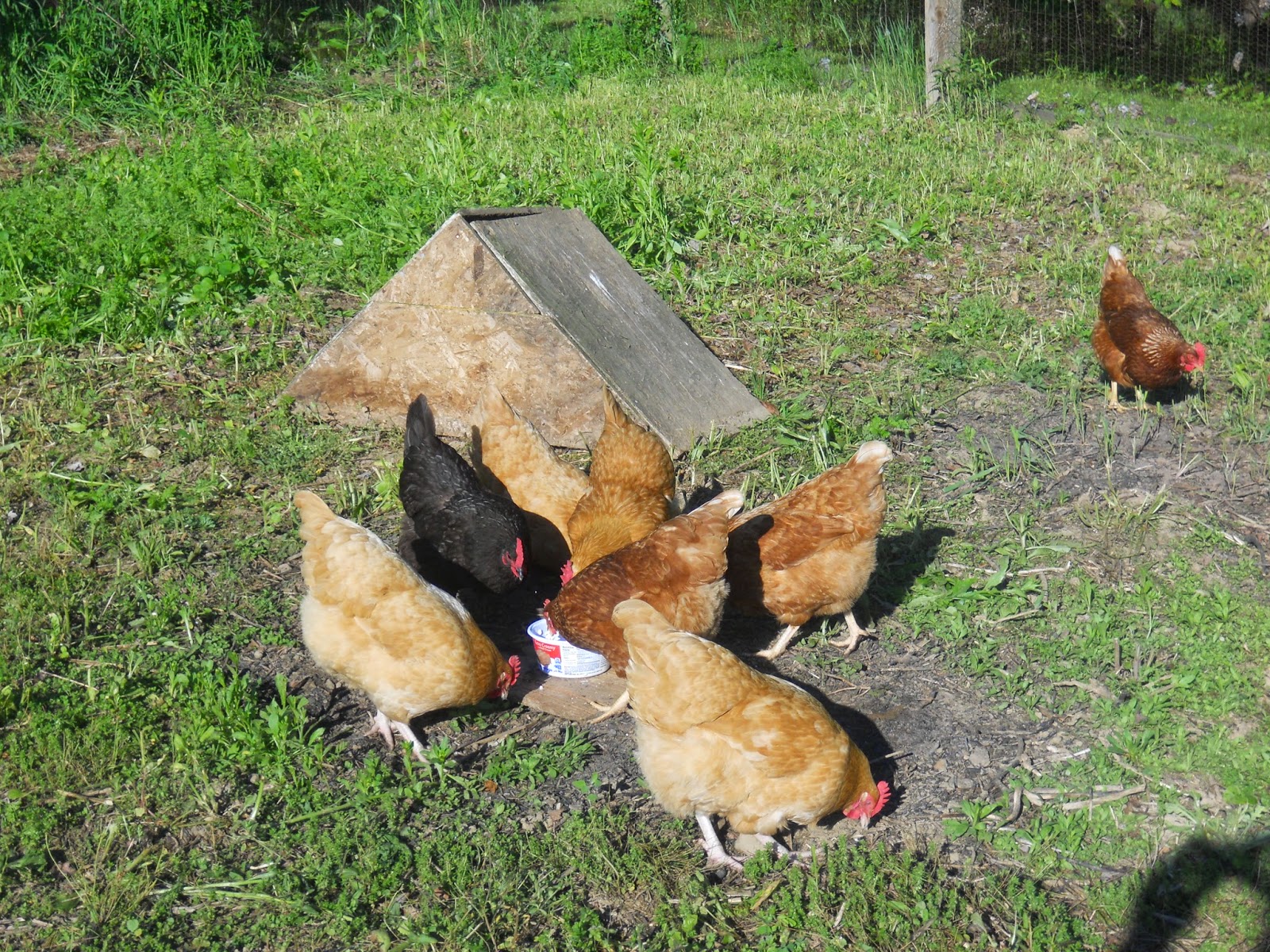 Since the chickens are going through some shock from being moved, I thought I would try to incorporate these two feed boxes as nesting boxes.  I think this hen has the idea. 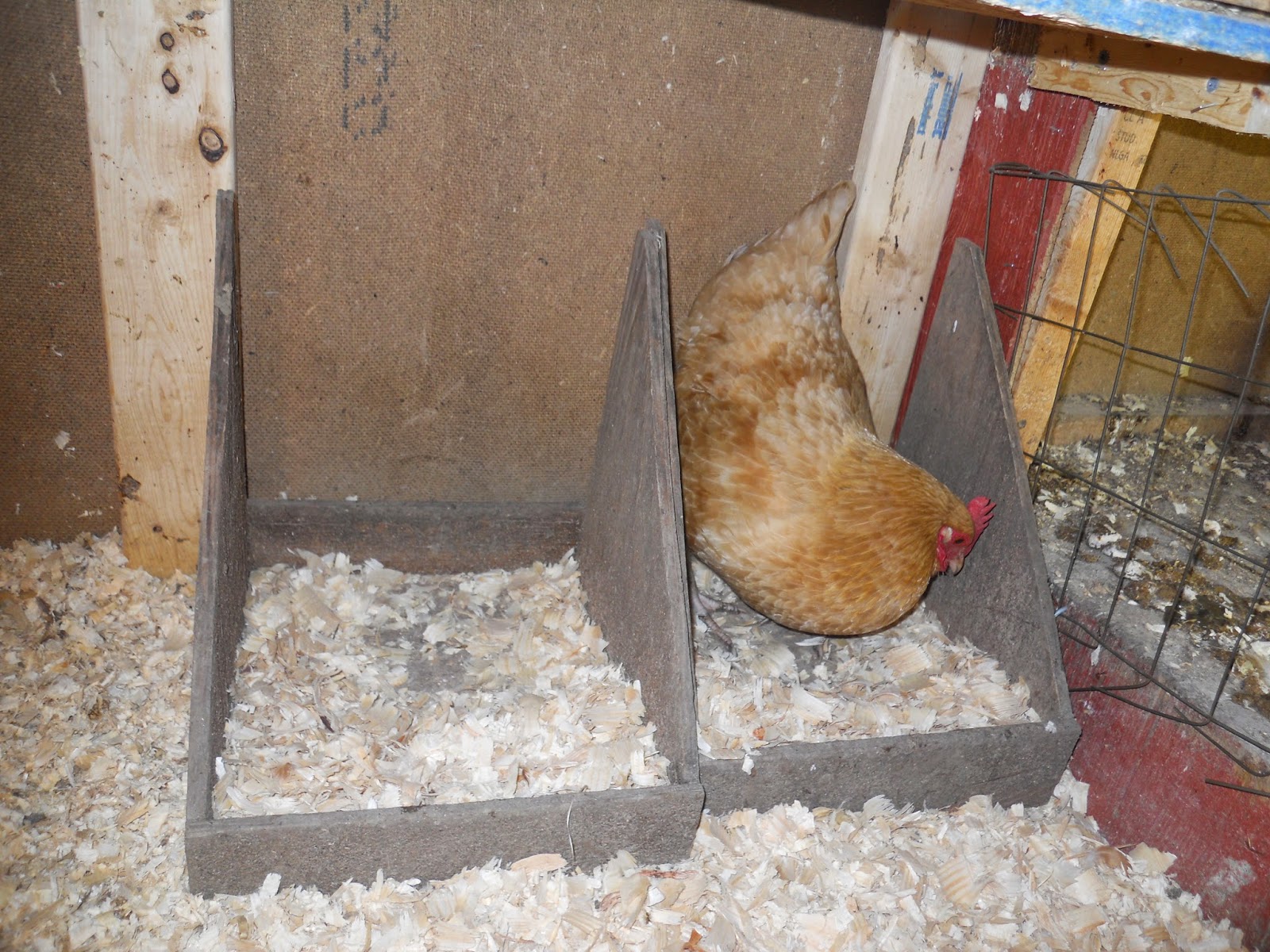 Here they are getting moved (by my husband) to their new place.  The original idea was to put the coop inside the fence.  We couldn't get enough lift to get it over the fence.  We settled to put it outside the fence, cut the fence, and button them in the fenced area.  I think this will work out best in the long run. 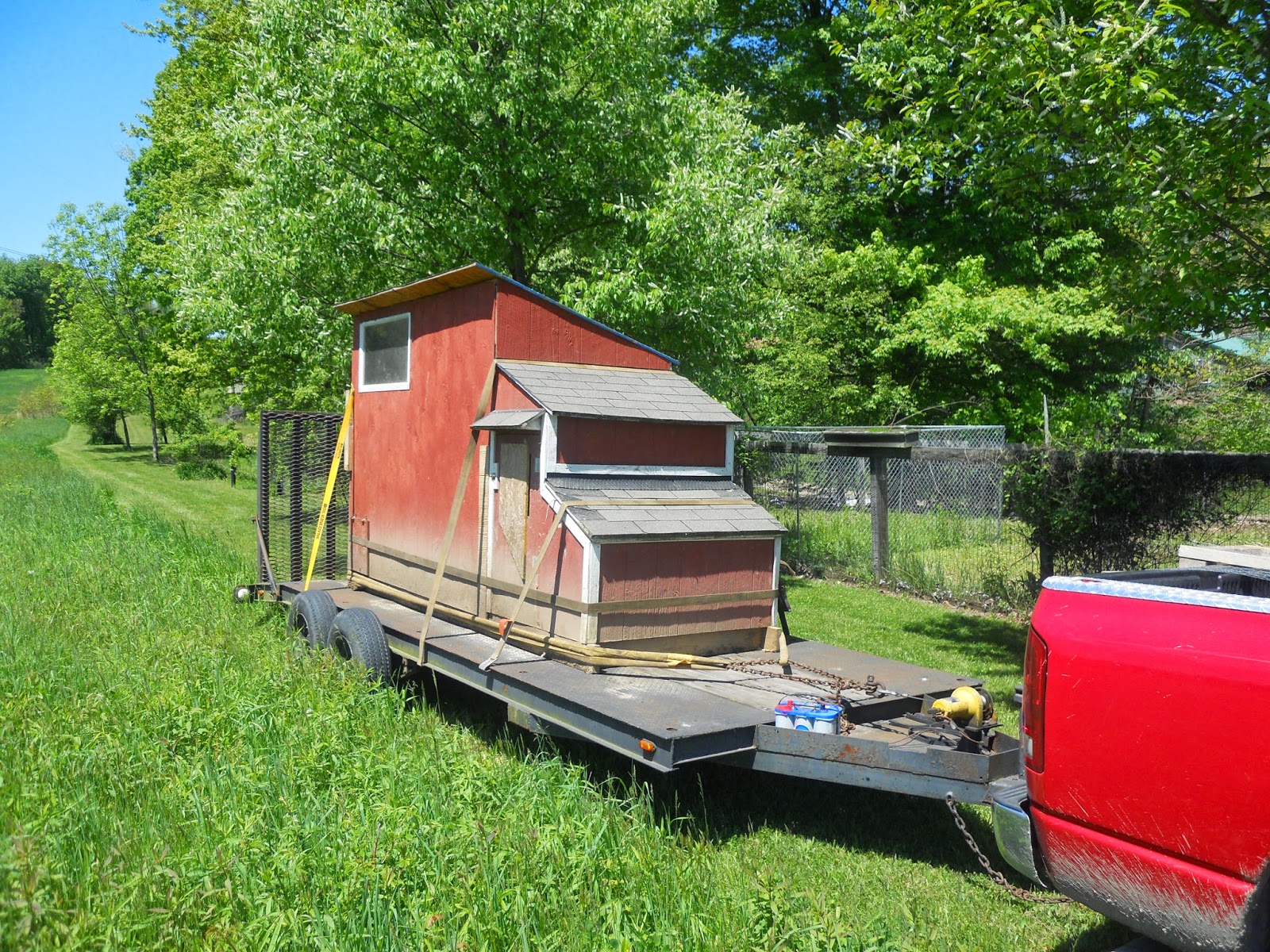 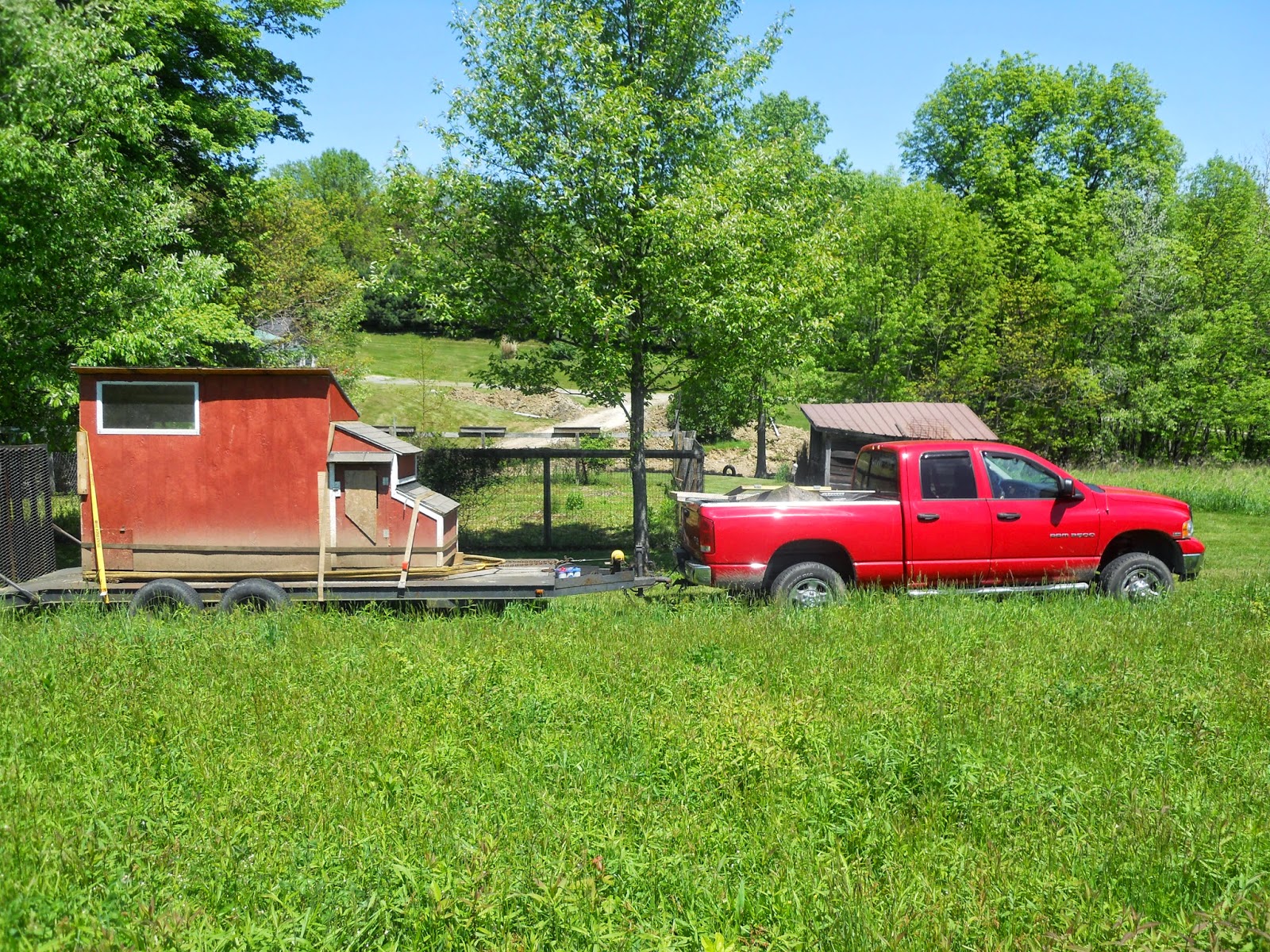 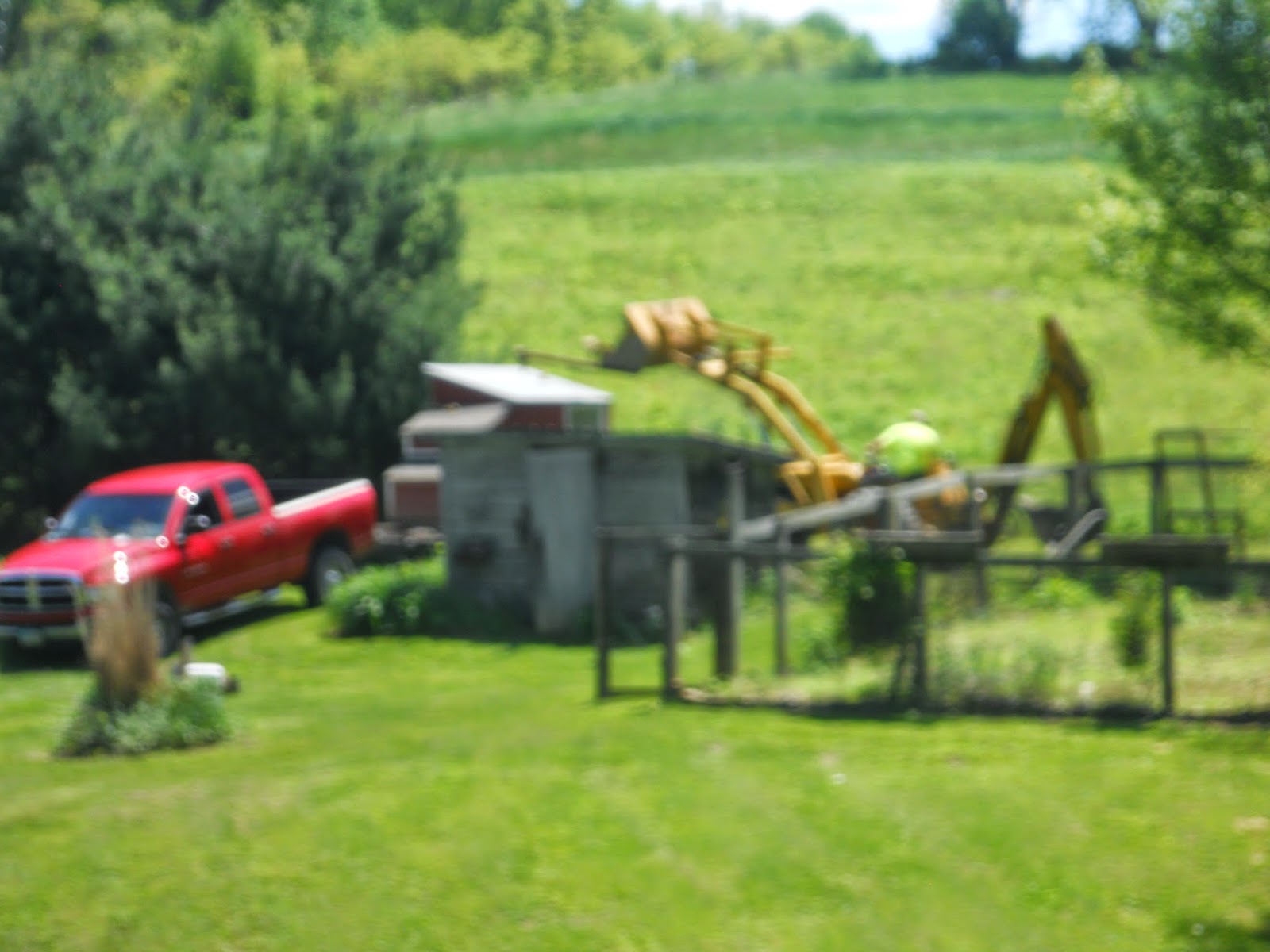 Here they are at their original location (still at my friend's house).  They are all pretty happy. 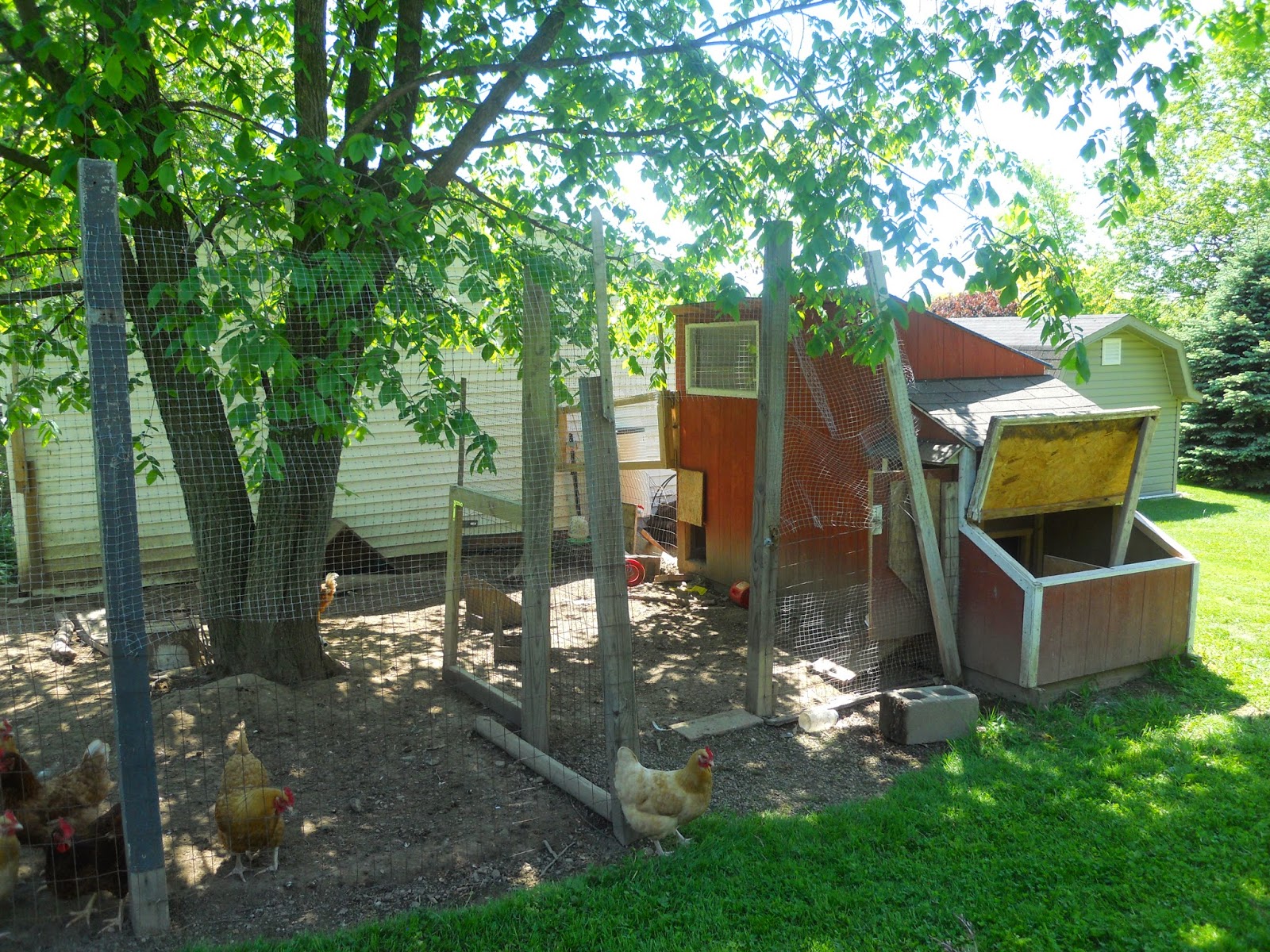 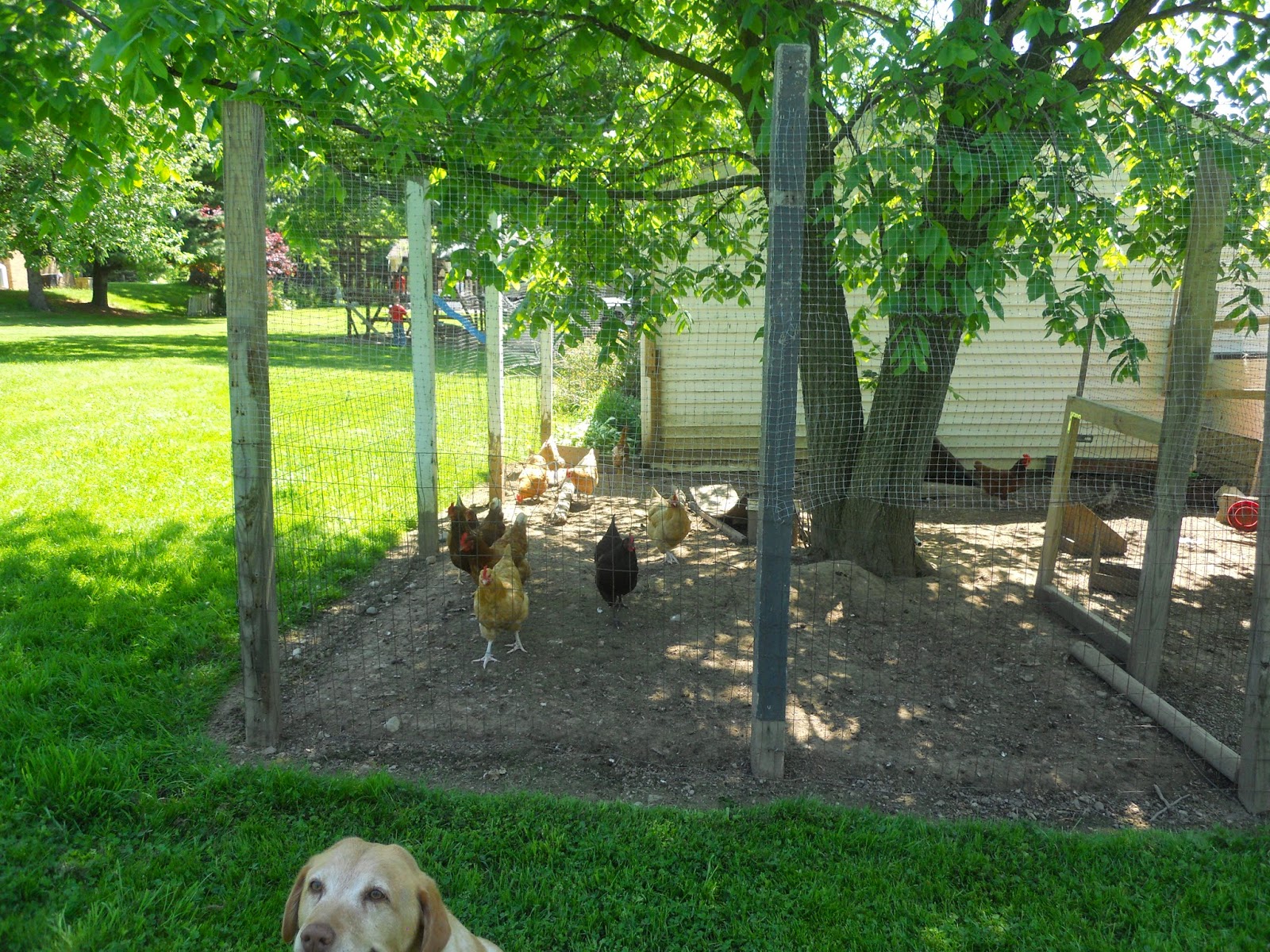 My friend and her family are moving.  I asked to buy all of her chickens and coop and supplies.  I bought them around January.  They are finally here (5/24/14).
Posted by Kathy S. at 6:36 AM