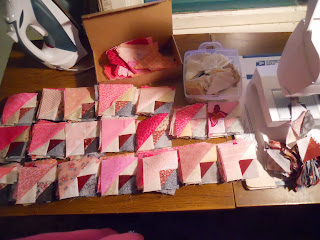 I decided that I will be participating in the Quilt Doodle Designs 2014 Mystery BOM.  Cindy's patterns are so cute!  I loved the way 2013 turned out.  Make sure you stop by my blog on 1/20 for the blog hop party so that I can show it off to you.  In the meantime, check out this year's details for the QA that uses 2.5" scraps and strips!!!  There will be some applique -- I know you can do it -- Ahem... I'm speaking to you, Julianne!)

Although I planned to do a NYE Mystery QA (either Heather Spence or Yahoo Groups), I totally made up my mind which one I would do when Cindy released the January assignment for the BOM 2014 Quilt Doodle Designs QA.  I just fell in love with those snowmen!  I'm not sure how to take a good picture of this, but here's mine: 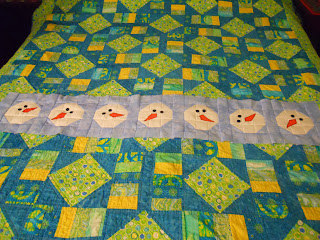 I finished this charity quilt for my LQG. 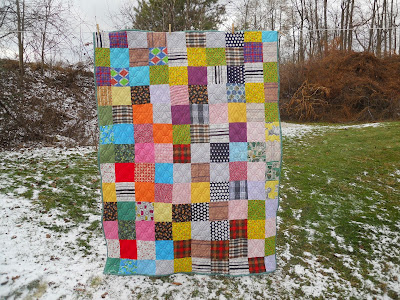 I love how the quilting pattern shows on the back.  I have to show it off again... 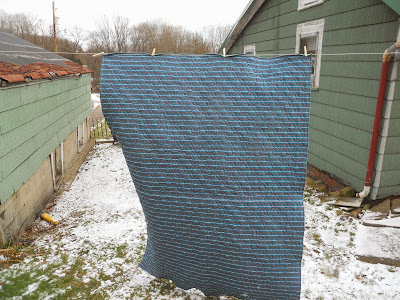 This LQG charity quilt is still on my longarm.  I'm practicing panto "Tickle" on it for the first time.  I don't get much longarming done while my little guy is home for Christmas break.  I'll be back at it starting January 6th. 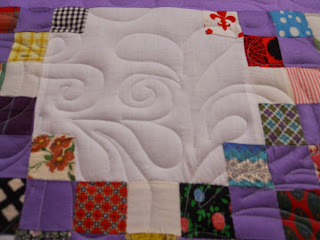 I'm still working on those dang gone chevrons in CLUE 2 of Celtic Solstice...  Less than 100 to go. 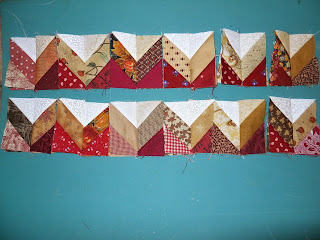 I made a back for my Surround Stars QA Quilt at Happy Quilting.  It's one fabric for this quilt top: 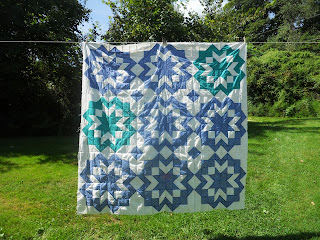 I also made a pieced back for my Giant Starburst QA quilt.  So I'll add that to the longarm pile!
Here's what the top looks like.  I'll save the backs for a surprise for you. 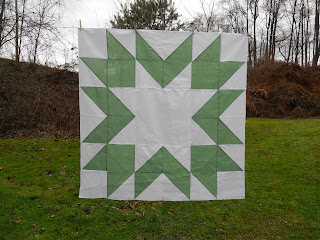 I'm taking notes on the Oh Frannson cat QA.  Looks like a fun use of scraps!

Melissa Cory of Happy Quilting is having a fun QA called Star Light Star Bright.  I'm going to try to do a scrappy version.  I just need to pick out some colors.  Her QA's are always so much fun.  I'm not sure what's different, but they are just super fun!  Here's a peek from Melissa's  page: 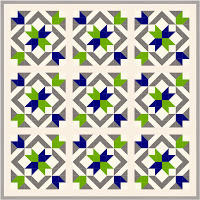 This keeps my WIP at 38.  That means the WIP goal for New Years Day 2015 is 19.
Linking up with Lee at Freshly Pieced for WIP Wednesday!