Yesterday was Explorer Day at our elementary school.  With one curtain and one maroon blazer from Goodwill and one cowboy hat and some velvety knit stuff, young Henry Hudson was dressed. 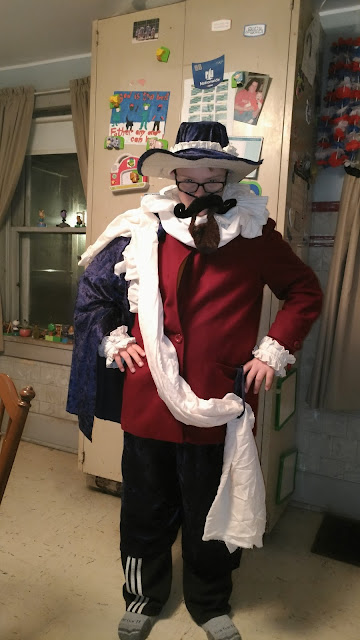 With the blue stretchy stuff in my stash that someone gave me I made knickers, a cape, and covered his cowboy hat.  He had the funny mustache in his costume bin.  I added some fur for a goatee.  I cut the curtain ruffle off to use as trim on his sleeves and hat.  The rest rent on top of his ruff.  There was plenty of curtain left over for his sash.  The ruff was a piece of white polyester blend.  A little stiff pelon to reinforce it and make it stand up did the trick.
Everything (except the pants, hat, and facial hair) was sewn to his maroon blazer.  It was easy for him to put on by himself (which is a big deal to the teachers in his class.)  He had a blast.
He was excited that he won second place in the contest. 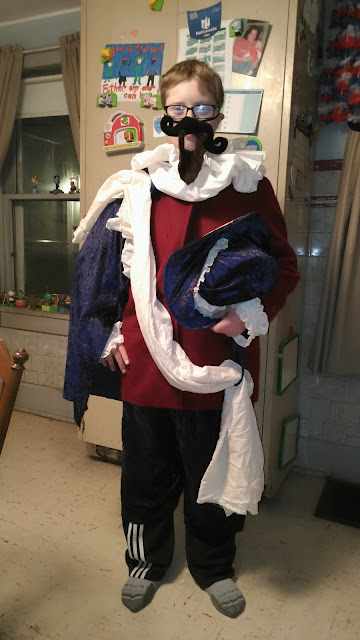 I'm not sure if the video plays.  Don't worry, it gets lighter after the first few seconds. 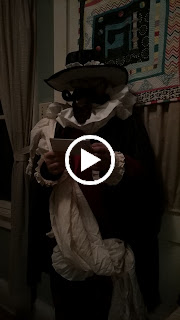