Elf on the Shelf... Chippy's Cousin, Blue (Our Elf had knee surgery.)

Who said it's hard to get my kid to read?  He was so excited this week to read the note that "Blue" left.  Blue is a new elf at our house this year.  Blue is Chippy (or original elf on the shelf) first cousin.

Blue will only be here once in a while (not because of my busy schedule) because Chippy had "knee surgery" and isn't released by the doctor to fly yet. 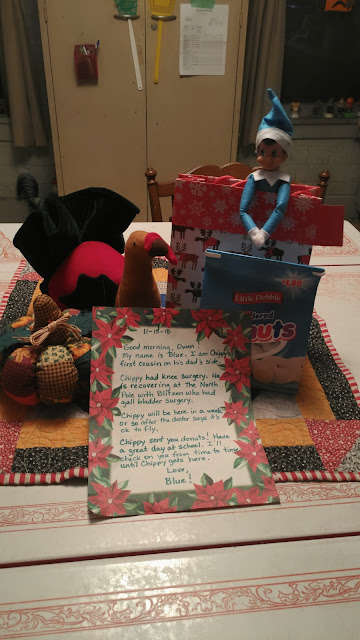 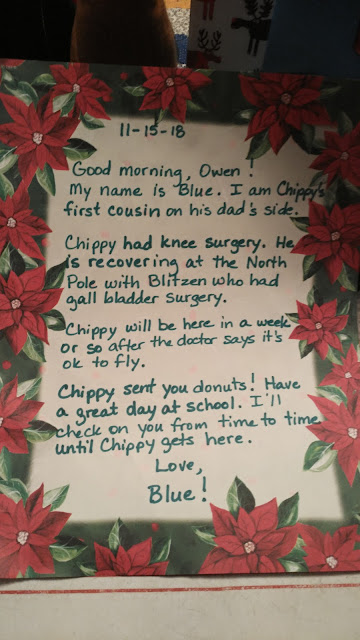 Owen was so excited that he proposed to me again.  LOVE! 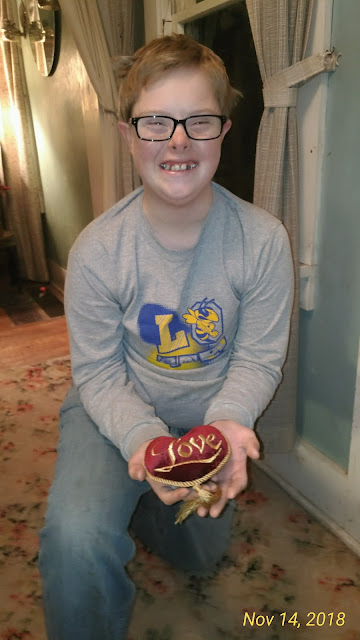 Luckily Blue brought a couple of new Wii games that I got on eBay to keep Owen busy so that I can finish some of my sewing/quilting deadlines during this busy season. 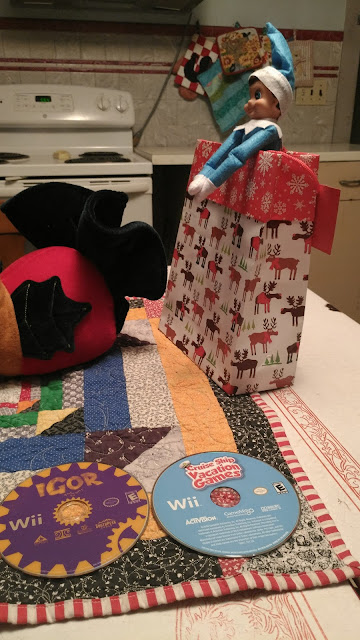