Elf on the Shelf Left Along with a Marker...

Naughty Chippy has found a marker.  But it's the story behind the photo that's funny to us.

On picture day at school Owen was dressed up in a nice dress shirt, "his handsome shirt" as he calls it. The pictures were fabulous. I sent the check and order form to school. The problem was that I sent it to school on the same day as retake day. Owen soon figured out that he could get out of class if he had his photos retaken. He raised his hand and had his photo retaken. He knew it was retake day. This is the shirt he chose, along with grey stretchy shorts! When he... came home he told me how he smiled for the new pictures. "What new pictures?" I asked. He said he wanted pictures with his braces. You can tell by the smile that he loves his braces... Chippy is not the most ornery one in this photo. Imagine the laughs we had when Owen got home with the new pictures. Of course we kept them. It was a memory we wanted to keep for a lifetime. 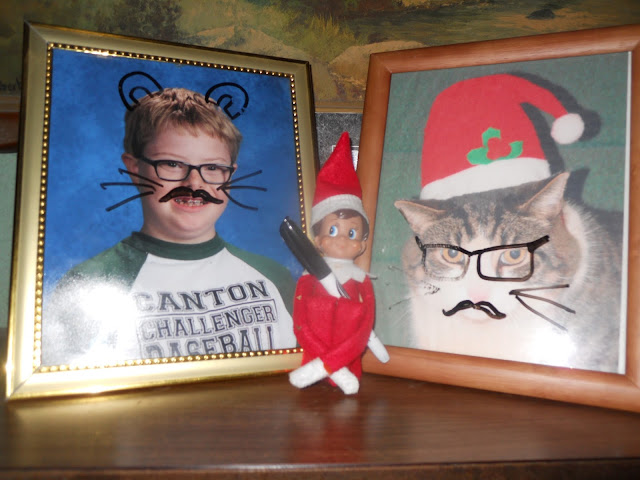