I only bought two white Bantam Silkies.  They were over a week old at TSC (Tractor Supply).  They are close to three months (90 days) old now.  I still don't know if they are male or female.  I'm hoping I have one of each.  I'm pretty sure that one is a roo, but still not sure about the other.  They are definitely developing a little different from each other.  Hoping that is a good sign.


I'm thinking first two pictures are a rooster (same bird, just two pictures.)  See the "longer" feathers at the top of its head?  It also has a larger comb and larger waddles.  It also has longer feathers on its body.  It doesn't crow yet, nor does it seem to be dominant.  But it's in a flock of 44 with two other full-sized roosters.  A Bantam is about half the size of a regular-sized chicken. 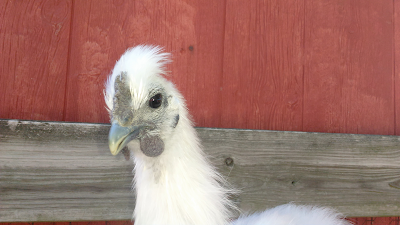 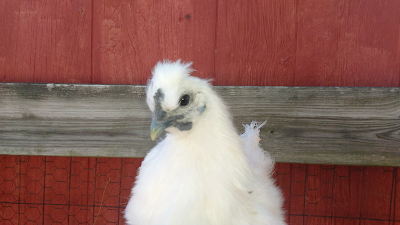 Now the next two pictures I'm hoping are a hen (female).  It has a much smaller comb and smaller waddles.  She is very friendly.  She seems fluffier, probably because of the shorter feathers.  Could I be so lucky that I got a male and a female when choosing from a straight-run batch.  (Straight-run chicks are unsexed chickens.  You don't really know what you are getting (male/female) until they mature.  This breed cannot be sexed by color. 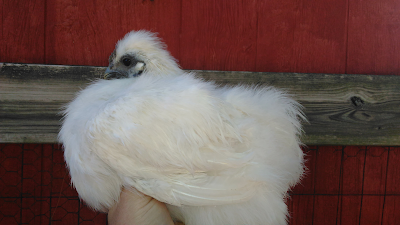 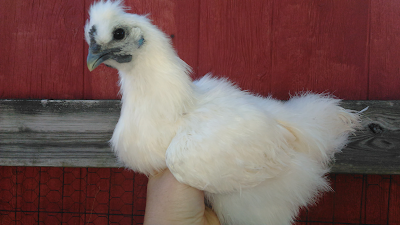 Let me know if you have expert advice.  I posted pictures of them on Backyardchickens.com.  The first person that commented today said they could both possibly be roos.  Time for the waiting game.